← Back to Learning Center

How to Choose a Solar Inverter for Your Home 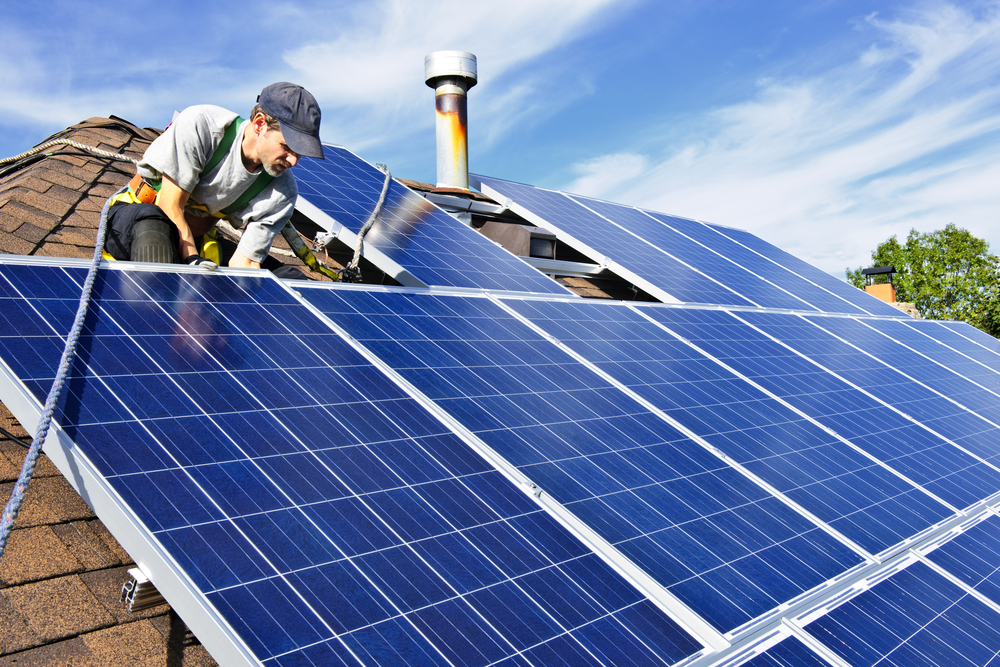 In a solar panel system, inverters are the most important equipment after the solar panels. Solar energy experts and industry insiders would all agree that inverters are the brain of the solar panel system. Inverters monitor so that the installer, owner, or maintainer can get knowledge about the performance of the system. Here is a short guide on different types of inverters in the market to make things easier for you when it’s time to choose solar inverter for your home.

New to solar? Start with this Beginner’s Guide to Solar Energy

A string inverter is used with solar arrays to convert direct current (DC) into alternating current (AC). It is the most commonly used inverter in today’s time. String inverters comprise a big part of the world’s solar inverters market and are the most cost-effective inverter available for you. Generally, solar companies will offer you this inverter if your roof is not shaded and panels don’t face different directions.

A string inverter is good for most homes, most commonly used, and is the least expensive. The only downside is if one panel becomes slow and less efficient or there is some shading, it can make the entire system less efficient.

Microinverters are small inverters typically installed on the back of each individual solar panel. They are becoming more and more common. Although microinverters can be more expensive than string inverters, their costs are decreasing over time.

Microinverters allow you to monitor your system’s performance, and easily update and repair old solar panels. However, choosing microinverters for your system might result in a higher price per watt in dollars. It will also increase the complexity of the solar installation procedure.

A microinverter provides more flexibility and performs relatively well in partial shades. It can provide an efficiency increase of 12% overall.

Battery inverters manage the charging and discharging of the battery bank. Not only do they convert DC into AC, but they also convert AC into DC for charging the battery bank from the solar panels system. These inverters retrofit batteries to your solar panel system or you keep them separate. It converts battery power into 230V AC. With the growth of solar plus storage, battery inverters become more and more important.

Hybrid inverters (aka multi-mode inverters) provide a mixture of on-grid and off-grid inverter solutions. They allow you to plug or connect batteries into your solar power system. These inverters intervene in the battery by utilizing a technique called “DC coupling”. Hybrid inverters are a great value for the money. They provide a complete alternative to an off-grid solution. Which saves you money each day usage, because it is smarter. They are also capable of providing backup solutions during a power break.

Hybrid or battery-ready inverters need a compatible battery, which is more expensive than regular inverters; but prices are falling. They provide the best reliability if you’re planning on installing a solar + battery system.

So what inverter should you choose for your home? Well, it all depends on your needs. We hope this simple “how to choose solar inverter” breakdown has been a helpful tool. It’s an important piece of information that many first-time solar system buyers are unsure of, so a better understanding will only benefit you in your purchase! Make sure you communicate well with your solar company and installer so you can pick the right inverter for your situation.

Find out if solar is right for you

Get a Free Instant Quote

Get exclusive solar news, updates, and deals straight to your inbox.

Congratulations! You have come to the realization solar is the best move for your family! You see the outstanding benefits of lowering your electricity bill costs, protection from unforeseen outages and your contribution to a greener world. But what is the next step?...

You probably have heard of solar energy before or at least seen the panels your neighbors are putting on their homes. However, what is solar energy? And how does it work? It can be impossible to search for a simple answer to these questions. There are many different...

How to Prepare for a Blackout

If there’s one thing in California that we all have to experience, it’s a blackout. It seems like it happens in the deep heat of the summer but a power outage can randomly happen throughout the year! Notifications of these blackouts can be uncertain, sporadic, or even...

Congratulations! You have come to the realization solar is the best move for your family! You see the outstanding benefits of lowering your electricity bill costs, protection from unforeseen outages and your contribution to a greener world. But what is the next step?...

Get exclusive solar news, updates, and deals straight to your inbox.